Welcome to Mythology Monday, a new regular feature I’ll be posting on the mythology that inspires my writing and the world of The Cauldron Born.

Today’s feature is all about The Morrigan, the Celtic goddess of war, fate and death. Morrigan is a figure I’ve been fascinated with for quite a while, ever since I first encountered her in the graphic novel The Wicked and The Divine by Kieron Gillen and Jamie McKelvie (if you don’t know of it it I strongly suggest checking it out, it is SO GOOD).

Since then I’ve done a fair bit of research on the mythology of the Morrigan and felt very drawn to her as a symbol of the Goddess in her dark aspect. So it was no surprise really when Morrigan popped up in my head and insisted she had to appear in The Cauldron Born. In book 1, Morrigan only appears “off screen” through Niklas telling Cardinal all about his past encounters with her when he was just a young Viking warrior.

For those who aren’t familiar, here’s a little break down of who the Morrigan is.

The name Morrigan (or Morrigu, as it is sometimes written) is believed to mean “phantom queen” or “nightmare queen” from the Indo-European root word Mor (terror or monstrous), the Old English word maere (as in, nightmare) and the Scandinavian mara (also nightmare), and righan which translates as queen. There is also some argument that it was intended to translate as “Great Queen”, from the Old Irish mor, meaning great.

In Celtic mythology, the Morrigan foretells the deaths of warriors in battle, often hovering above the battlefield in the form of a crow, ready to carry off the soul of the unfortunate fallen. This suggests that she was perhaps one of the inspirations behind the Irish legend of the banshee, a wailing hag that foretells death. As well as being a symbol of death, Morrigan was rumoured to be able to sway the outcome of battle, appearing in her crow form to either instil courage or fear in the gathered warriors. There are also some examples of the Morrigan actually fighting in the battles herself, such as the Battle of Mag Tuired, where she helps the Tuatha De defeat the Formorians.

As well as being a goddess of war and death, Morrigan has strong links to the land and, particularly, it’s animals. In addition to the crow, Morrigan was believed to be able to shapeshift into the form of a cow, a wolf and an eel, and has a strong affinity with horses. Morrigan is a protector of the land, it’s livestock and inhabitants. 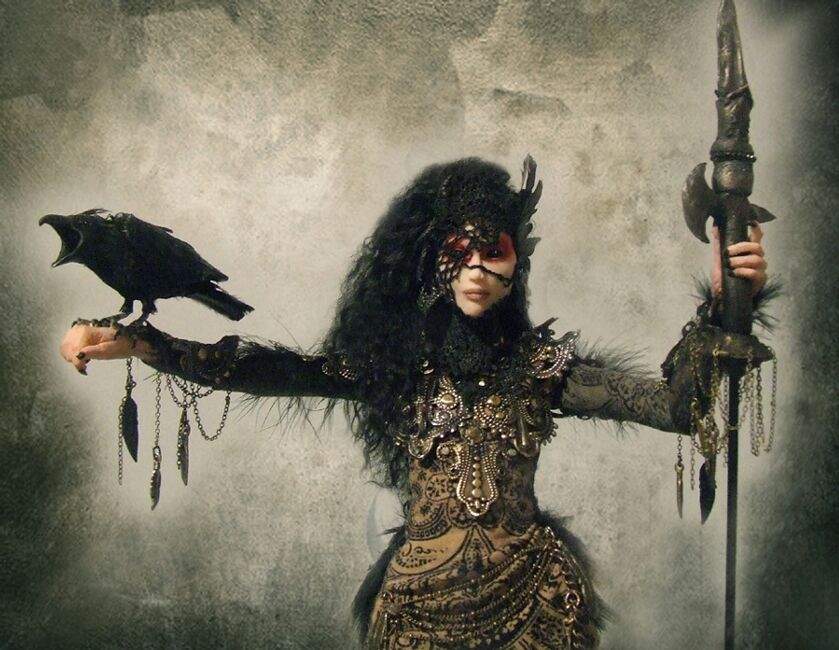 The Morrigan is often described as a “triple goddess”, representing Maiden, Mother and Crone, the divine feminine and the cycle of life. Sometimes she is pictured as one of three sisters, variably, Morrigan, Babd and Macha.

So that’s a brief outline of the Morrigan as I know her. If you would like to learn more about her I recommend “The Morrigan, Meeting the Great Queens” by Morgan Daimler for a more comprehensive introduction.

Also, the song “Morrigan” by Omnia gives a great feel of what the Morrigan is all about.

Writer of upcoming urban fantasy series The Cauldron Born. Lover of all things witchy and supernatural. Typical Aquarian. View all posts by thecauldronborn